Pravin Gandhi with Baba Amte and Dr. Prakash Amte in forests of Chandrapur

Bollywood has made a biopic on Prakash Amte, a medical doctor and son of the tribal welfare worker, the late, Padma Vibhushan Baba Amte. This news brought back memories of my visit to the dense forests of Chandrapur in Maharashtra and my meeting with the Amte family.

Our hosts, the Bakhai family of Chandrapur, a Gujarati family settled there for generations, and founders of an Engineering college, drove us to the house of Baba Amte, an unpretentious cottage with a large courtyard in which was placed a cot. The ageing and ailing Baba was lying on the cot. We sat around him, chatted and had tea.

Dr. Prakash and Mandakini’s “hospital” in the forest

Soon, Prakash, son of Baba and his wife came out. They had just performed surgery on a tribal woman in their makeshift operation theatre. Prakash was dressed in trademark white loose cotton banyan and baggy shorts. Prakash was a meritorious student and later a surgeon at Mumbai’s reputed K.E.M. hospital. He had given up the city life and a promising career to carry forward the good work of his father. If Baba was busy with social upliftment, Prakash was going to help with his medical skills. He was ably assisted by his wife, herself a doctor, whose sacrifice to live in the forests could be considered even bigger than Prakash’s. Baba’s other son ran a leprosy hospital a few kilometres away.

Dr. Prakash’s orphanage for wild cubs found in the forest,

– leopard, bear, owl and others – either abandoned or whose mother was dead or killed. So the Amte home was also a zoo of sorts. Prakash and his family do not need to cage them – he even takes one of them along on his morning walks – but he cages them for the safety of his visitors.

“The woods are lovely dark and deep…” I have never seen a forest so thick. Nearer to Chandrapur is the paper mill at Ballarpur. One drives past plots sand plots of teak trees marked with a cut-on date. When trees on one plot are cut and delivered to the paper mill, trees are replanted and a new 20-year-cut-on date is put on the plot. Little villages in the forest are few and far between, the houses fenced with bamboo to protect humans and cattle from wild animals. There Tadoba, a wid-life sanctuary in the region. Amazing cane furniture and artefacts can be purchased from artists and shops in Chandrapur. 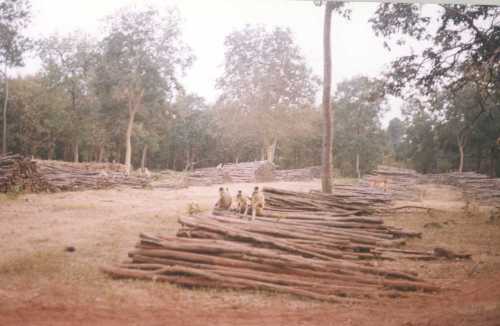 Isnt this a sad picture? Save the trees, reduce use of paper 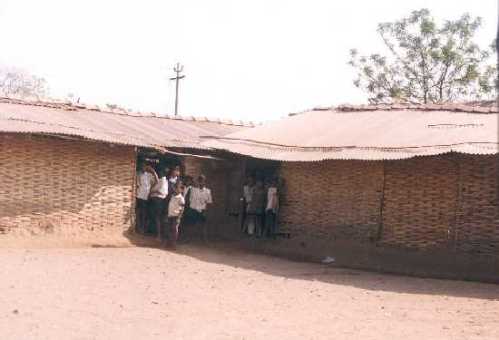 A primary school in the forest

Other posts in the “people and places” series: 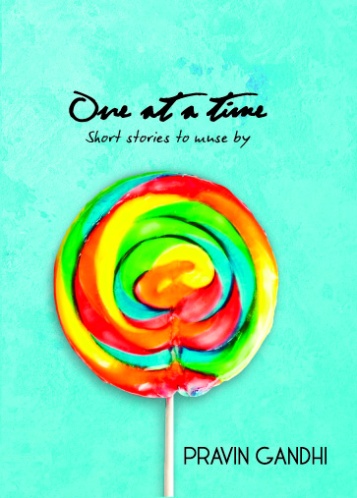 The tradition of short-story telling

← Pravin Gandhi’s People and Places, of Amsterdam and the Trader of Trinkets
આ પણ મંતવ્ય જ! This too, Opinion! →